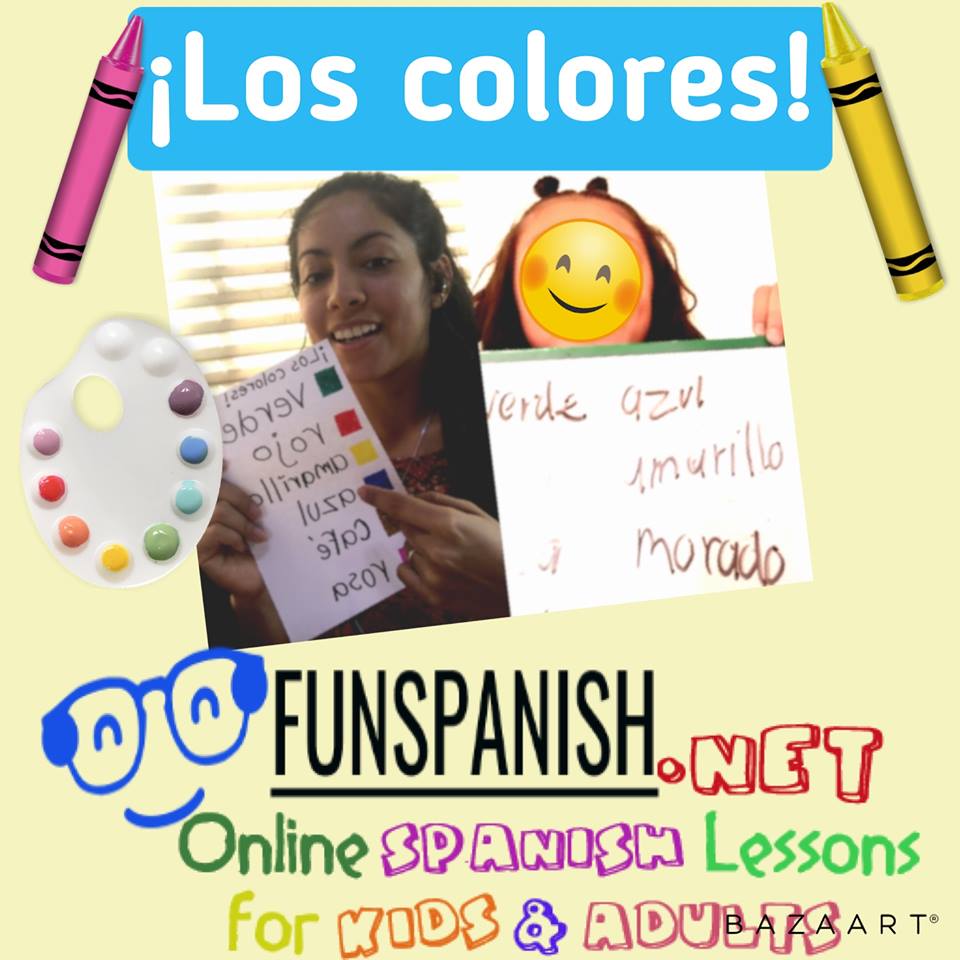 Learning a second language can make a huge difference in the future of your children. It helps to develop their brain and boost multitasking abilities.

Gise’s program ‘Spanish for KIDS” successfully integrates learning of Spanish language in childcares and schools through educational songs, games, rhymes and other activities.She focuses on basic vocabulary, pronunciation and makes her lessons enjoyable and vivid.

Currently, she teaches privately and finds this practice to be more effective for children in the long term. Children are able to receive teacher’s full attention and Gise’s lessons are tailored to their needs and abilities. Thus, it is more likely to get personalized help in one-on-one setting than studying in a group. If you need more information on Gise’s “Spanish for KIDS” program please contact her here, scheduling a free trial lesson or go to Gise’s bio. Thank you

In the United States alone, there are 43 million people who speak fluent Spanish, and that number only continues to rise. With that being said, nearly 12 million of those people, adults and kids, are bilingual. With children growing up in such a diverse world and the ability to experience other cultures the moment they walk outside, the best thing you can do for them is getting them involved with Spanish lessons. This will give your child the extraordinary opportunity to open a whole new set of doors to enrich their lives, gain immense benefits, and have a lifelong skill that will provide meaningful connections.

Out of all the languages that you can have your child learn, you may be wondering, why Spanish? Though there is a vast amount of interesting languages that you can choose from, Spanish is the ideal one, especially for those living in the United States. This language not only can provide childhood development advantages, but can also give them the fundamental base to thrive in their lives as they grow, both personally and professionally.

As of right now, Spanish is one of the most studied and learned languages in the world, coming in after English and French. Right now, the United States is the second-largest Spanish speaking country worldwide (Mexico being the first). What is even more interesting is that it is predicted that by the year 2050, the United States may actually take the first spot, making learning Spanish a valuable asset in anyone’s life.

Think of your child’s future with these statistics. By enrolling in online Spanish for kids and allowing them to learn Spanish early it will really give them the core foundation to evolve with the cultural shift, expand their horizons, and break down language barriers.

First and foremost, teaching your kids how to speak Spanish at a young age will enable them to retain the information much easier. Children’s minds are like sponges, absorbing information quickly and efficiently, and preserving it for the rest of their life. So, the earlier you sign them up, the better the lasting effects will be within their childhood development. Aside from the above notable points, there are plenty of other incredible reasons why Spanish lessons for kids is ideal for their overall wellbeing and growth.

In such a competitive job market, bilingual candidates are always more attractive in the selection pool due to their ability to communicate with a much more extensive range of people. With Spanish being the second language here in the U.S., being fluent in both common languages is undoubtedly a professional opportunity door opener.

It is easy to learn

Overall, learning Spanish is pretty easy to pick up on, especially for kids who are still cognitively developing. As long as your child has the ideal tutor and the willingness to learn, they will pick up on the language in no time.

Being able to communicate effectively with others who speak different languages can bring people together in ways that would not be achievable with the communication barrier. When your child knows more than one language, they could quite possibly develop stronger friendships with people of other cultures and experience that bond that they otherwise would not have been able to do.

Kids are at a fragile time in their life, discovering who they are and what they are good at. By learning a new language, they can feel successful and realize that they do have what it takes to follow through and learn something new like that. This boost in self-esteem can illuminate within all other areas of their life as well, giving them the confidence to try new things and thrive.

Learning a second language has been strongly linked to better memory retention. It exercises the hippocampus of the brain and makes it able to retain more memories easier, not only in language, but for all other aspects of life. It is also said to help reduce the probability of dementia in older years.

Just like learning a musical instrument, learning a new language takes time, patience, focus, and mental discipline. When your kid truly wants to learn Spanish, they will exhibit these characteristics to persevere. And, like the other points, it will have lasting effects for the rest of their life. They will learn to understand how to be patient in the process and can use their disciplined mindset they fostered to achieve more challenging goals in life they aspire to do.

Get To Experience Spanish Influenced Entertainment

How cool would it be for your child to be able to watch Spanish speaking movies without subtitles or listen to audiobooks in their second language? Learning Spanish allows for much more entertainment for your little one to enjoy and that on its own is amazing.

It Is Entirely Rewarding

It Is Entirely Rewarding – Learning Spanish through online tutoring is incredibly rewarding for any child as they witness their capabilities and understanding forming each day. They get to glorify in the fact that they are able to embark on something like this and can truly feel euphoric about it. In addition, parents and the tutor themselves feel good themselves knowing that they are enriching the lives of a child. It is a win-win on all accounts.

Online Spanish for KIDS Lessons - What to Expect

When it comes to online Spanish for kids, the approach is a bit different than with in-person classes. Both are certainly able to take the student taken step by step, moving at an individualized pace, but online is much more convenient and comfortable. For instance, when you sign up for Spanish lessons for kids online, you can expect the following:

You and your child can set your own schedule to work around school and other extracurricular activities.

It is one-on-one tutoring, so your child will never have to worry about trying to keep up in a traditional classroom or feel like they are falling behind.

The online sessions are entirely customizable and personalized to make the child have fun while learning.

Fun, engaging, patient, and positive teachers who want nothing more than to see your kid succeed and grow their language skills.

If you are on board and you and your child are ready to take this new leap into learning Spanish, then the next thing you will want to do is invest in the right person. At FunSpanish, you can guarantee that your child will have the unconditional support, guidance, and have an overall enjoyable time as they are partaking in advanced online Spanish lessons. The interactive sessions are run by Gise Rangel, a native professional and passionate tutor who has been teaching for seven years. She loves working with children and sharing her language and culture with them to open their eyes and genuinely leave an influential mark in their childhood development.

With language being the ultimate barrier amongst people, you as a parent can give your child the leverage on bridging that language gap and set the right path for them to have an amazing, connected, and thriving life. Sign up for Spanish for KIDS program with Gise today, and give your child the ability to experience the powerful effects of learning a second language.